Jordan Peele is the master of the horror subgenre horror noir. Two years after his masterpiece “Get Out” (2017), he releases another horror film with Afro-American protagonists as a piece of social criticism.

The story starts in 1986, when the young Adelaide gets traumatised after walking off to a mirror palace by the beach all by herself. Two decades later, Adelaide (Lupita Nyong’o) visits the same beach with her husband Gabe (Winston Duke) and their two kids, where they meet their friends, a Caucasian couple (played by the phenomenal Elisabeth Moss and Tim Heidecker), and their twin daughters. That same evening, the family gets terrorised by a doppelgänger family, looking exactly like them, but wearing red suits and carrying golden scissors. What starts off as a cosy family trip, ends in a nightmare.

The doppelgängers are referred to as their shadows, called ‘The Tethered, chained to their originals by sharing one soul in two different bodies. The Tethered are here to claim their place in the world by replacing their original human beings. A recurring motif are the rabbits – a lot of rabbits!- referring to the rather unholy experiment the doppelgängers are submitted to by not being able to live in the world like normal people. These rabbits are a reference to “Alice in Wonderland” (book by Lewis Carroll, 1986) , where the wonderland in “Us” is rather dark and sinister.

“Us” is a dark piece of social criticism, since the title can also be read as the abbreviation of United Stated (one of the characters says ‘We are Americans’), by which Peele rather unsubtly refers to racism, poverty, class privilege and violence in his country. Unlike “Get Out”, this film is less about race inequality, but more about the haunting social conscience of the American middle class. There is no longer something like the so-called ‘American Dream’ everyone strives to live by.

Peele is originally a comedian, known for his sketches later turned into memes. For him to find his resort in the horror genre is not that surprising. Unless the genrespecific shift between scary elements and humour (p.e. a boat called ‘B’yacht’ch’), Peele gives a twist to the specific elements and turns the film into a unique piece of art. He manages to keep it subtle and mysterious, almost sophisticated. “Us” is not a slasher or gory horror. Most of the times you can see the blood, but you can’t see any actual stabbing. Violence and murder is shown implicitely.

When it comes to acting performances, Lupita Nyong’o (“12 Years a Slave”, 2013) stands out, giving substance to the term of the ‘final girl’, which has been a recurrent element in the horror genre throughout decades. Only this time, she is not a Caucasian virgin, but an Afro-American mother protecting her family against evil no matter what.

Personally, I think the soundtrack is what adds up to both the narrative and the visuals, which is composed by Michael Abels. He also wrote the soundtrack for “Get Out”. A recurrent tune is the bombastic creepy remix version of the 90’s R&B classic ‘I got 5 on it‘ by Luniz. Personally, I love the mixture of a classic soundtrack and pop hits. For example, the Caucasian family getting murdered on the tunes of The Beach Boys’ ‘Good Vibrations‘ , makes it so much more lightweight and almost sadistically funny, which reminds me of Michael Haneke’s “Funny Games US” (2007).

Peele’s “Us” is a masterpiece crossing borders between genres, where comedy and horror seem to intertwine easily. “US” refers to sources like “Funny Games US”, “Alice in Wonderland”, “The Shining” (Stanley Kubrick, 1980) and “Invasion of The Body Snatchers” (Don Siegel, 1956), but not really subtle, unfortunately. Nonetheless, I never really found it annoying, but rather enriching, because of Peele’s narration techniques and beautiful dynamic visuals. “Us” is a mysterious film, where punch lines are open for interpretation and add up to Peele’s social criticism.

“Us” is released in Belgian cinemas on March 20th.

After Turist (2014), I didn’t think the Swedish director Ruben Östlund could come up with anything more challenging for his audience, but his latest satirical drama The Square is even more poignant. It dares us to question our moral values and sense of community. The Square definitely is one of 2017’s favourites after winning the Palme d’Or at the Cannes Film Festival in May and several other awards and nominations. 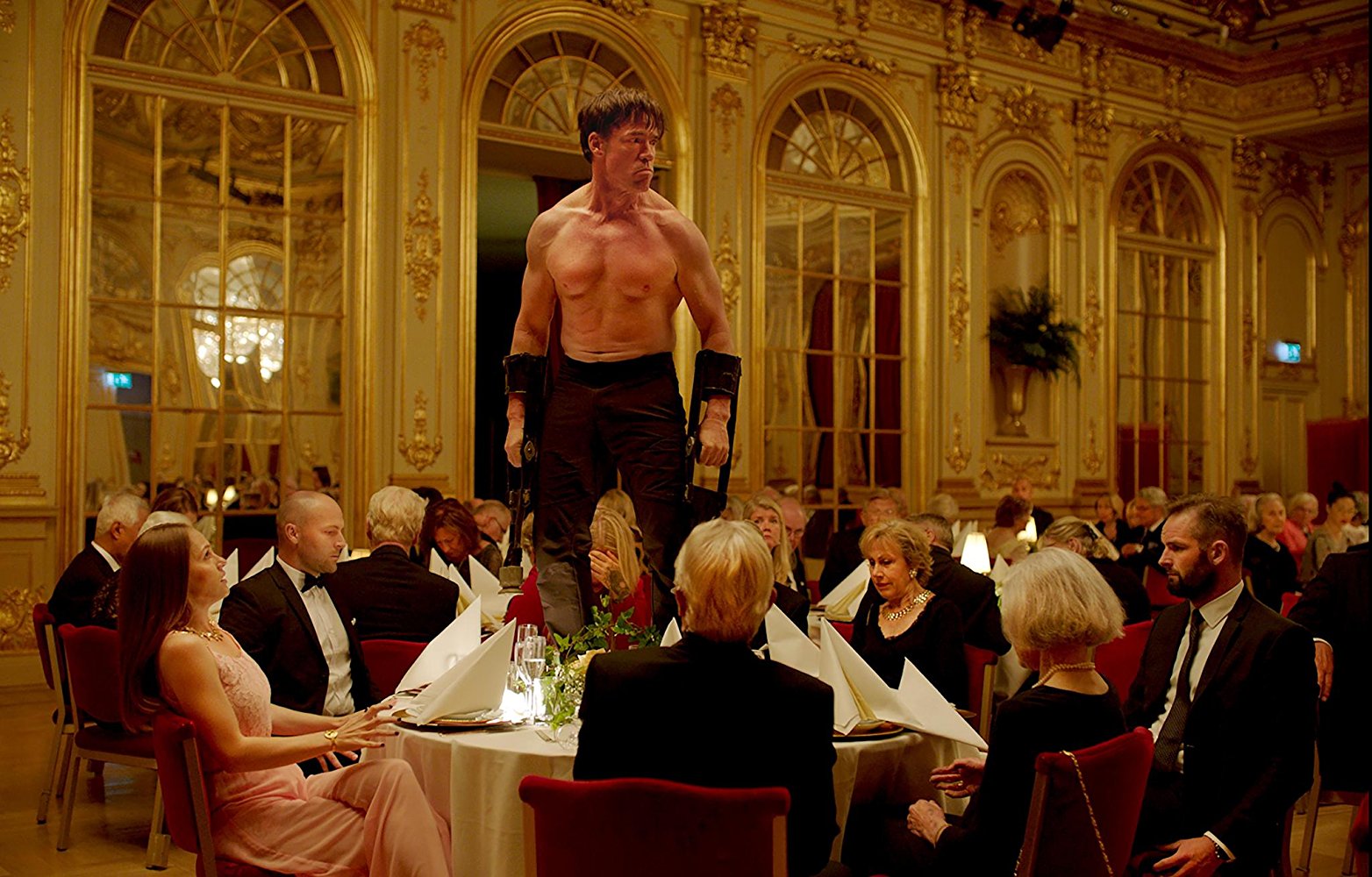 The Square tells the story of the charismatic Christian (Claes Bang), a curator at a contemporary arts museum. He is a divorced father of 2 daughters, drives a Tesla and seems to be a respectful man supporting good causes. His next exposition is ‘The Square’, an initiative to invite passers-by to meditate on their responsibility as a human being and a part of society. But Christian fails to maintain the ideals himself after he gets robbed. His response to the theft is so foolish that he gets dragged in awkward and sometimes immoral situations. In the meantime, the campaign for ‘The Square’ puts him and the museum in a critical position.

The film has a duration of 142 minutes, which is quite long, but it never feels that way while watching. Personally, I was pleased with the extremely strong scenario written by Östlund himself. It contains poignant dialogues, which are not too heavy, but light and accessible. They have a natural flow, which keeps you attentive at all times. Östlund even creates moments of pure identification or catharsis. Like for example when Christian has a one night stand with the pushy journalist Anne (Elisabeth Moss, known for the popular series Mad Men and Ben Wheatley’s High-Rise), which results in one of the most awkward, but hilarious scenes I’ve ever seen. Even afterwards when she questions whether the physical has emotional consequences, you can simply feel the awkwardness coming out of the screen.

Even how absurd or extreme the situation gets, Östlund never loses touch with the visual aesthetics. His cinematographer Fredrik Wenzel, who he also worked with on Turist, manages to captivate you and drag you into the narrative. The framing is exquisite as if you’re looking at separate photographs; the establishing shots, the close-ups,… all look like pictures in an art book. To conclude, The Square is almost flawless with its cinematography and light perfectly tuned. 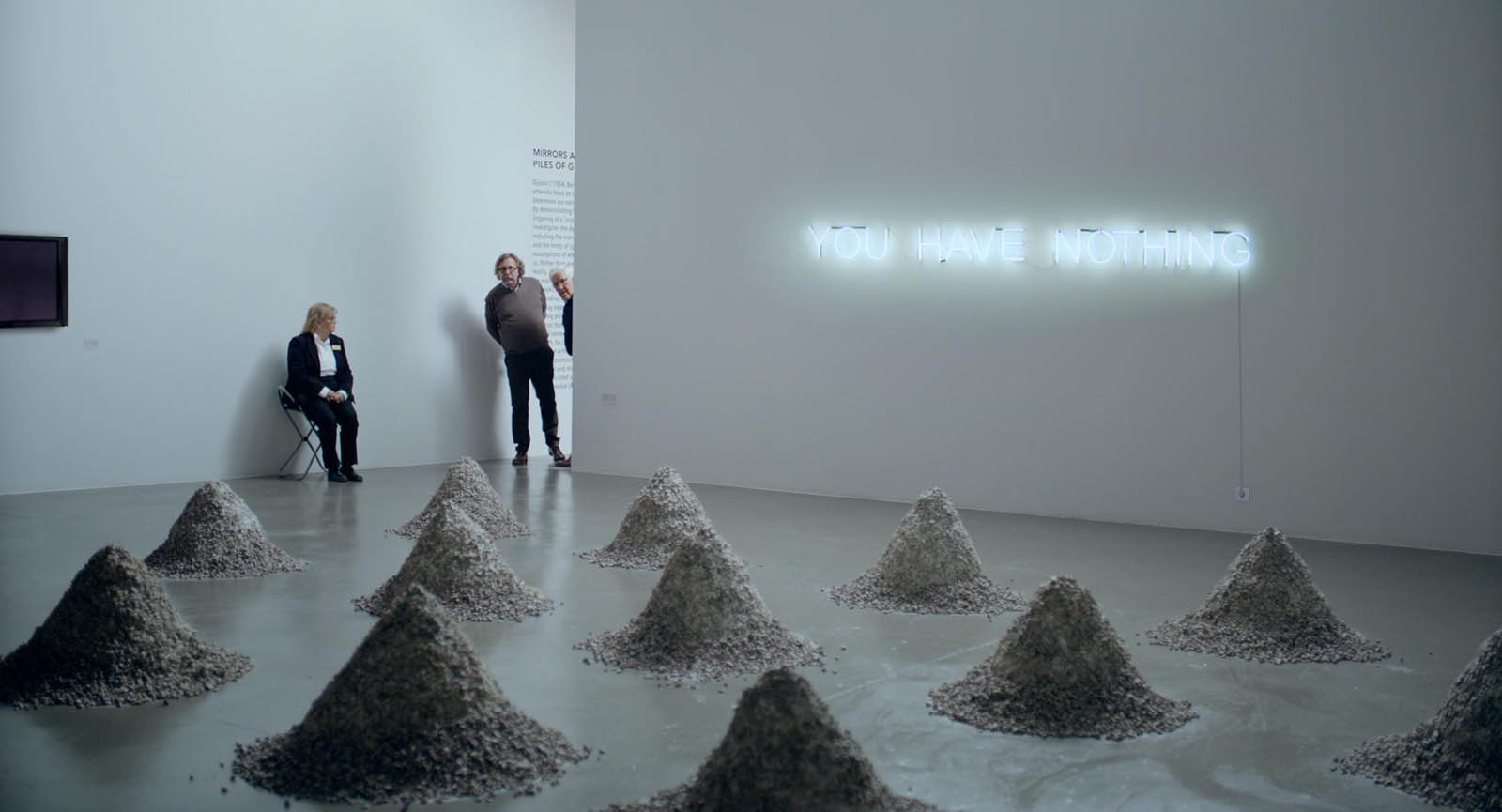 Östlund manages to hit the soft spot by pointing his audience at our increasingly uncertain world and the matter of egocentricity when human relationships become more and more slight. Along with its strong visuals and thumping soundtrack, The Square is a skilful and in your face-kind of film, worth winning the Palme d’Or.

The Square will be released in Belgium on November 22.