Youth is a film directed by an Italian in Switzerland with an American cast that was selected for the official competition at the Cannes Film Festival in France. How could it be more international? After his award-winning The Great Beauty (La grand Belleza) 2 years ago, Paolo Sorrentino actually managed to get selected again, but this time with an entirely different story in a completely different context. Youth is his 2nd English film after the terrific This Must Be The Place from 2011. 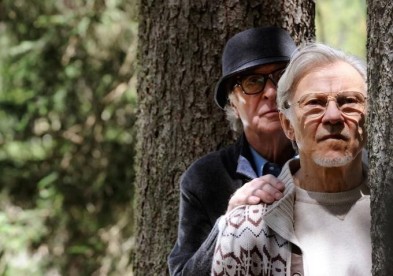 Youth is about Fred Ballinger (Michael Caine), a retired composer of the “Simple Songs”, who retreats in an luxurious Swiss hotel with his lifelong friend Mick Boyle (Harvey Keitel). Boyle is a film director working on a new project with his young team of co-workers. He has an eternal adoration for the actress Brenda Morel (Jane Fonda).

The clash of generations is the leading motive in the film, with several personalities from different ages coming together and seeming to intertwine. Paul Dano plays Jimmy Tree, an actor in retreat to get more in touch with his next part, the ‘role of his life’, of which we get a delicious taste near the end of the film. Rachel Weisz is cast as Ballinger’s daughter and assistant, Lena, who has to keep her head up high after her husband leaves her for a young pop star because she is ‘good in bed’. 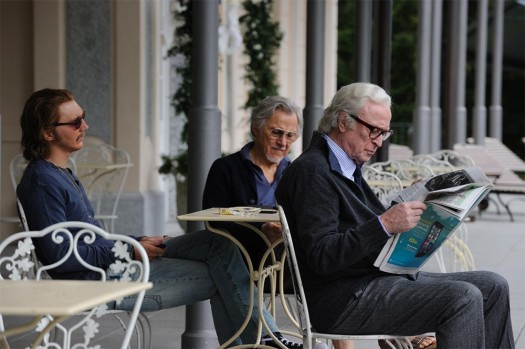 Weisz fits the role, but she does not stand out next to Michael Caine, whose performance is marvelously down-to-earth and quirky at the same time. Although his character is retired, the love for music still runs through his veins, so for the little candy wrappers he constantly uses to give his relatively boring existence some meaning. Also, Roly Serrano as the overweight but world-famous Diego Maradona, and Paloma Faith as herself, are worth mentioning. It is nonetheless the appearance of Miss Universe (Madalina Ghenea) that makes the two old men’s heart beat faster and makes them feel young again.

The amazing soundtrack serves to contrast the elder and the younger generation. Classical orchestras and bouncing beats alternate, and that is exactly what Sorrentino aims for. The film does not merely want different generations to oppose one another, but it also wants to show the possibility for past and future to intertwine and how easily the divide between young and old is crossed.

The Swiss Alps and their sunny natural feel form the perfect setting for Ballinger’s revivification. He brilliantly composes the cows and their bells during his solitary walks. Scenes like this turn Youth into a feel-good feature film and makes one aware to enjoy every single banality in life.

Youth is a well-directed and technically flawless film. One should definitely pay attention to the marvelous mise-en-scène. Nonetheless, when it comes to the narrative plot, Sorrentino pushes it too far and makes the end rather conform to Hollywood formula. The final part of the film has too many twists, causing it to miss its shot when it comes to conveying a proper lesson in life. Cut those last 20 minutes and the contrast between fortune and misfortune, or past and future would have been in perfect balance.